The complex platform required to deliver a service like the one needed by Hybrid Access Techologies has to be underpinned by excellent network connectivity. The platform supports the in-house Wi-Fi for hotels and airports, so an incident has the potential to impact thousands and thousands of people.

Unfortunately, the company’s existing providers weren’t up to scratch. Intermittent outages were having catastrophic knock-on effects for the Hybrid Access platform and its customers. At that point, Hybrid Access infrastructure was hosted across two London datacentres. The challenge of connecting internal systems across these sites meant Keith Churchill, Head of Infrastructure at Hybrid Access, was keen to consolidate into a single data centre.

Having experienced a number of service disruptions varying in severity, the need for consolidation was matched with a need to change infrastructure provider. Keith sent an RFP to a variety of large operators with infrastructure in London as well as some smaller providers to see how competitive they were.

“The responses I received from pretty much everyone were your basic one line response.” remembers Keith. “But I put a lot of effort into my RFP; I was very specific about what I was looking for in terms of power, power resilience, network resilience – and not just dual Internet breakout but actual fibre into the data centre.” The response he received from Backbone Connect stood out amongst the rest. “Immediately, Backbone had a very professional response,” says Keith.

“From the word go I had a good feeling from all the people I met and they were willing to sit down and listen to what it was I was looking for.” One of the key requirements Hybrid Access had was for a “looking glass” server. This would allow Keith to have clear visibility of IP routing information. While improving resilience and redundancy were the key objectives of the migration, Keith foresaw that the biggest challenge could be the timescales involved.

Having sent his RFP in October 2018, Keith knew that 2019 would be a very busy year for Hybrid Access. He needed the Hybrid Access platform to be migrated to its new home in January 2019. The connectivity agreements into the two former datacentres would be cancelled mid-February, giving the project a decisive hard deadline.

I sleep better at night now – and that’s not an exaggeration. 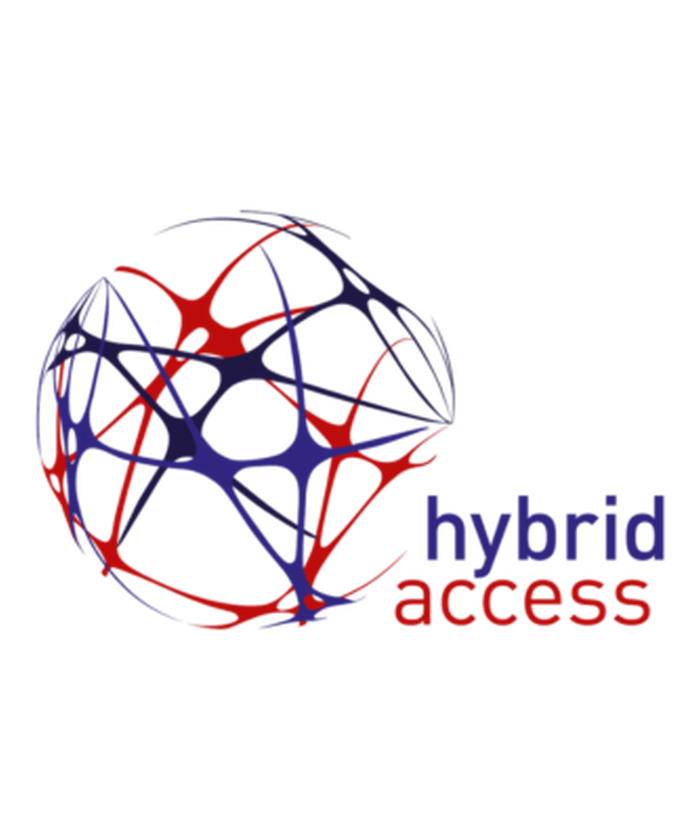 Keith has been impressed by the proactiveness of Backbone Connect’s network team and the regular communication from the project management team. “They were really on top of things. Backbone Connect ordered the necessary equipment for the new cabinet and all the fibres were run before the required date,” he recalls, “When I said we’re doing the change at two o’clock in the morning, Backbone said ‘great, we’ll be ready’.

I was wowed. Then two o’clock in the morning came and everything just switched: it was a dream; it was perfect.” There was a total downtime of 15 minutes as the new IP ranges were announced to and propagated through the Internet. Keith continues: “It’s difficult to explain just how complicated our platform is.

The solution in numbers:

in our London data center

Get connected within 5 working days

A lot of things could go wrong. So for us to migrate two datacentres and only lose 15 minutes of communication is pretty astounding. I was really happy about that.” On the few instances where Hybrid Access has raised a ticket with Backbone Connect support, the incident has been escalated immediately and feedback received the same day.

“It’s not often you can find a networking company who are this willing to sit down with you,” says Keith. “A lot of times, no one is interested in helping you get to the root cause quickly. But that hasn’t been the case with Backbone. Every time, within a day we’ll have a plan about what to do and when we’re going to implement changes.”

Since moving to Backbone Connect, Hybrid Access has not experienced the intermittent outages that were plaguing the former service. “I sleep better at night now – and that’s not an exaggeration,” says Keith.

“We’ve saved on travel and hotel bills too. Instead of going into the London datacentres once or twice a month because of a problem, I’ve not been into London since the go-live. Everything is so much more stable.” As well as ending the “endless headaches”, switching to Backbone Connect has given Hybrid Access a stable network, improved performance, and new transparency over routing and performance. Keith comments:

“The platform is stable, the connectivity is good and the latency is low. They’ve implemented connectivity into the London IXP to reduce the number of network hops for many of our customers. They’ve done everything I’ve asked for. Really there’s no need to look anywhere else.” However, it is the personal service that really sets Backbone Connect apart. “Everyone knows us, they understand our business, they understand our platform, they understand my requirements and they’ve invested time into getting to know us.” says Keith.

Despite having their own access tags to the datacentre, the Hybrid Access team were always greeted by the Backbone Connect datacentre engineer. “Omar would always stop what he was doing to say ‘hi, how are you doing, is there anything I can help you with while you’re here?’. I was blown away. In all my years working in datacentres, I’ve never had anyone come up to me like that. Working with Backbone just feels personal. We’re not just a cabinet; there’s a relationship there. Little things like that really make a difference.

And that’s not just Omar, it’s not just the datacentre; it’s everyone I deal with at Backbone. You really get the feeling that you’re important to them. It’s a great feeling and it’s really good to work with them.”

Contact one of our team to discuss your project using the form.